We have spend weeks analyzing price patterns of running shoes. First, you will be presented to an infographic with the most important conclusions. Secondly, we dig deeper into the numbers.

Feel free to use content and graphics as long as you refer to this original source. For interviews, please reach out at jens@runrepeat.com or +45 29 29 29 58.

Selected conclusions (from the infographic)

The foundation of the study

Want to save most? Buy online

Running shoe brands ensure high retail prices through cartel-alike price structures. Their contracts ensures that brick and mortar stores keep prices at the manufacturer's suggested retail prices (MSRP). If a store does not obey the dictating brands, they will shut down the partnership. Luckily to the consumer, prices on the internet are a bit harder to control.

Online vs. brick and mortar

Looking at 450 current running shoes, we found an average MSRP of $121.10. For each shoe we found the cheapest option available across 41 online stores. The average price was $74.91. On average, you save 38.14% ($46.19) buying running shoes online. It's time consuming to scan 41 stores to find the best offer. Therefore, we created a price comparison on each running shoe. 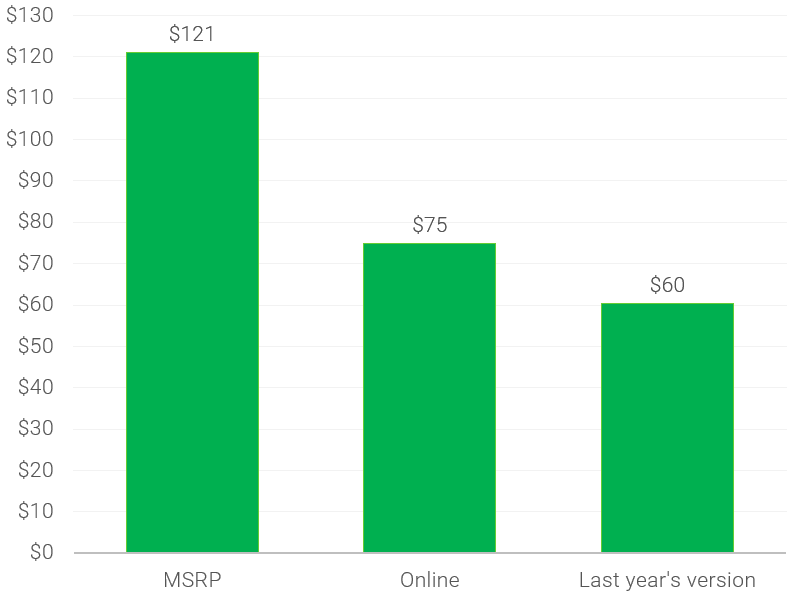 Deal hunters won't stop here. Every month new versions of existing running are introduced. Looking across our database of more than 130,000 user ratings, there seems to be little improvement from the old to the new versions. The average user ratings stays around the same average, indicating that runners are not more satisfied with new versions.

Ask any brand about their new version of running shoe X, and they will most probably say something along the lines of: "It's lighter than ever, and the materials have improved significantly". But seriously, who would ask their barber whether they need a new haircut? Several brands have very clearly stated that they have "just created the best running shoe in history". In case there is a "one best running shoe", which we do not believe, one might ask: "if they're all the best, then which one is the best?". Brands obviously embrace their new coming running shoes, but truth is that most often runners are not more satisfied with new versions than the previous ones. 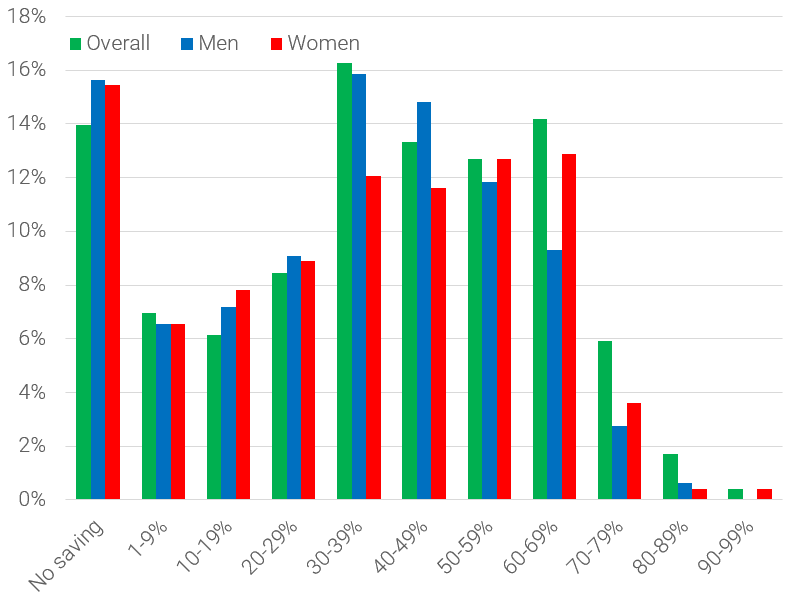 Overall the average discounts percentage is similar for men and women, though women have 22.41% more running shoes available at discounts of 50% of more than men.

What brands are most discounted?

Hoka One One is by far the most expensive brand if you were to buy at MSRP prices. Second is Newton followed by Salomon. Cheapest is Skechers. This aligns well with some of the findings in our previous study about cheap vs expensive running shoes. Brands or shoes like Brooks Adrenaline GTS 18, Adidas Pure Boost, or Asics DynaFlyte are somewhere in between. 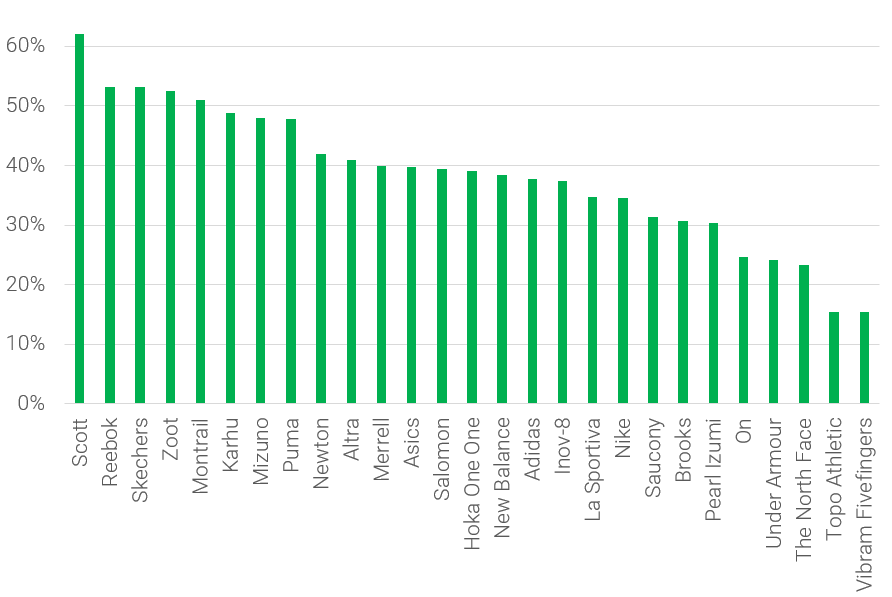 In terms of actual savings, Scott is number one again followed by Zoot and Mizuno. 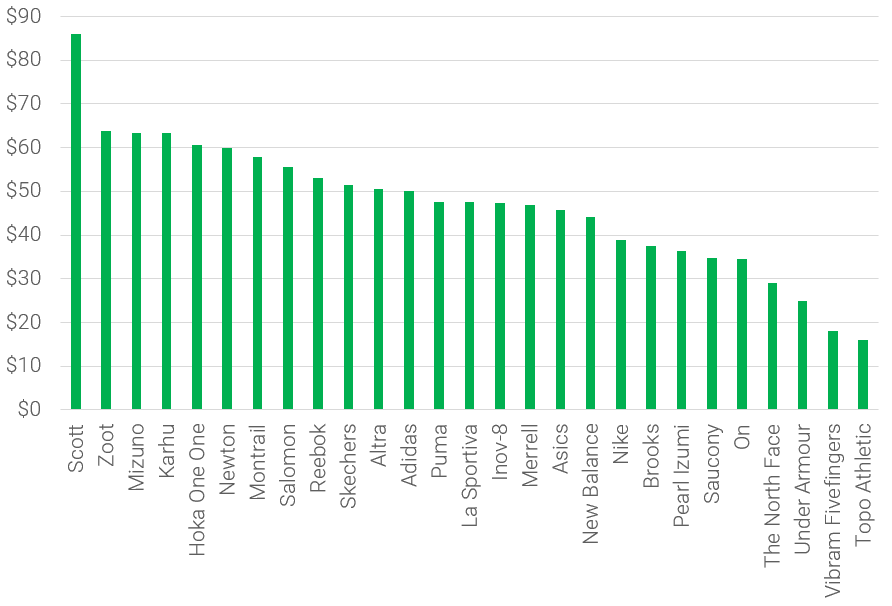 Categorizing the brands as:

reveals a clear pattern that the broader the focus of the brand, the larger the savings online. Multi sport brands are on average found at a 37.50% discount, while the other two categories of brands are only discounted 32.64%, or equal to a 12.95% lower average discount saving.

What type of running shoes are most affordable online? 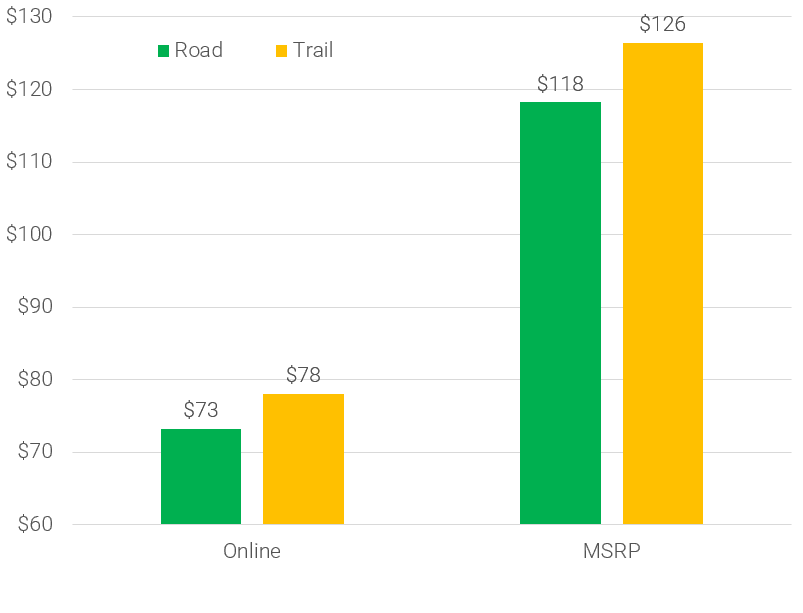 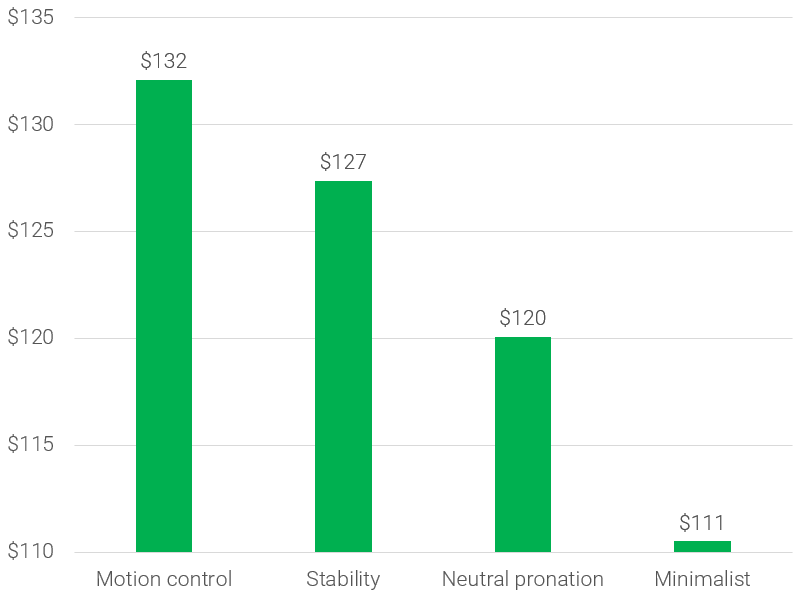 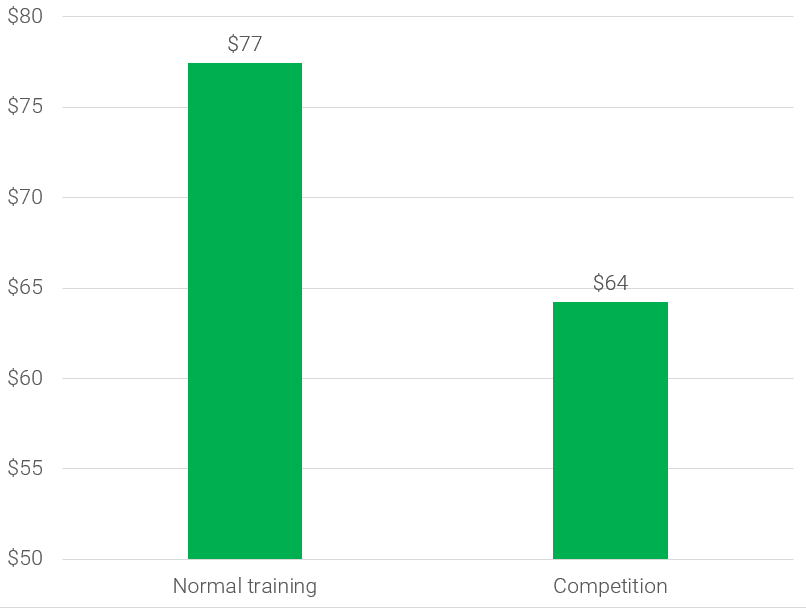 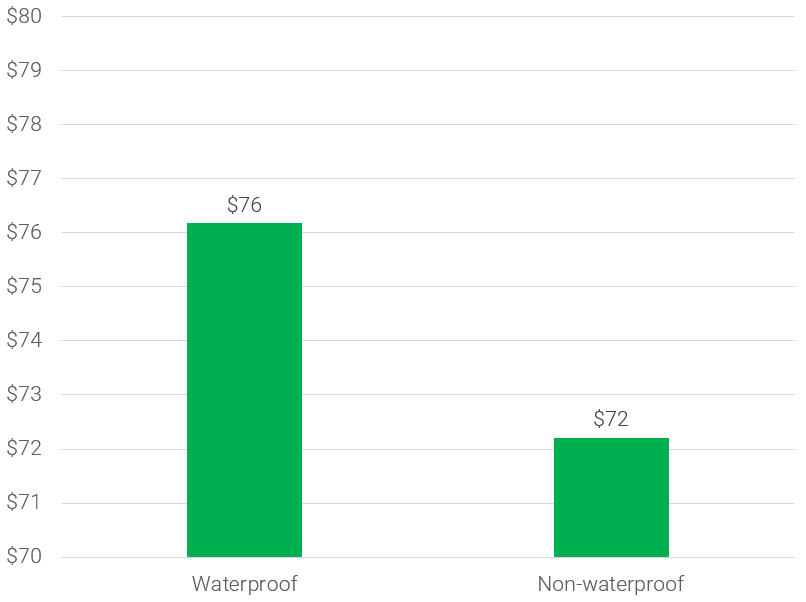 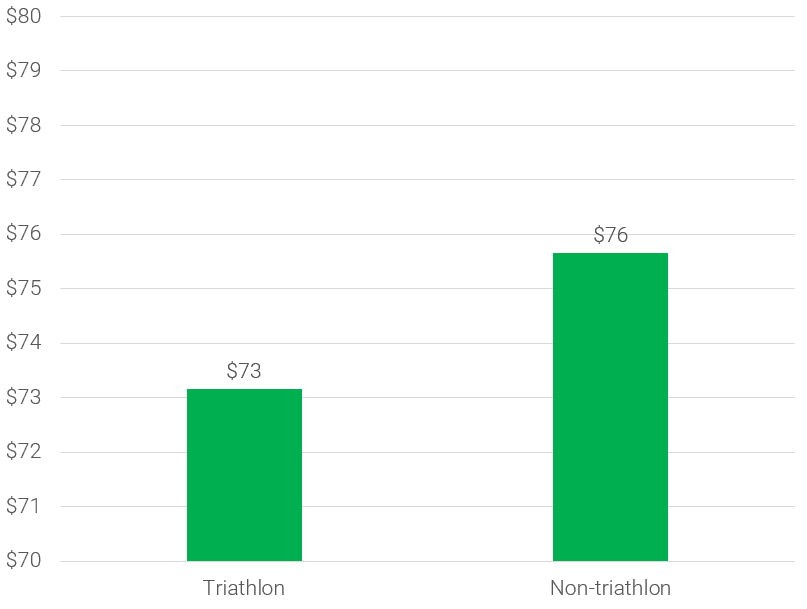 We have previously illustrated that cheap running shoes get better reviews. Now we look at the discounts for different rated shoes. Based on more than 130,000 user ratings, there is a clear pattern than disliked running shoes are more discounted than well-liked ones. 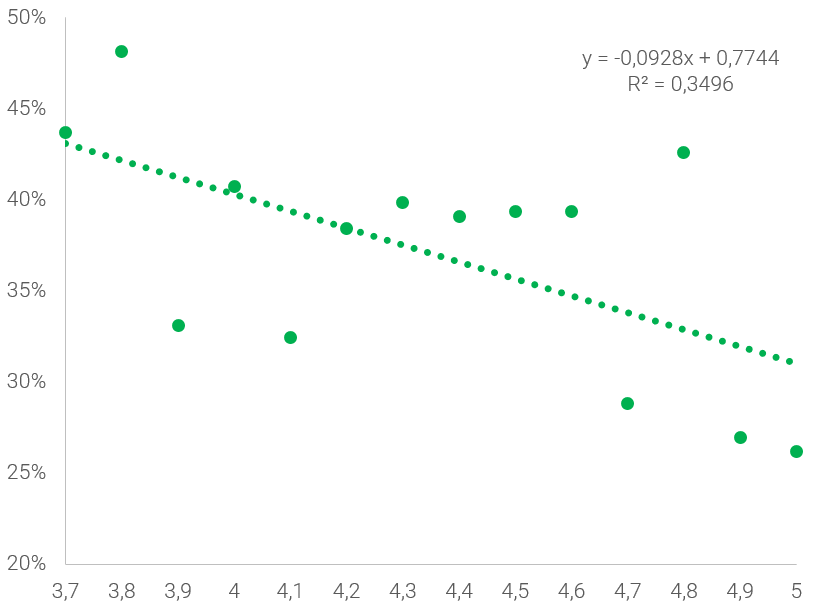 Several times a year each brand launches new models. Some are successful others fail. The disliked running shoes are rarely continued, and runners rarely come back to buy the same model again. For that reason, retailers can't get the running shoes sold at list price and must reduce the price. On the other hand, retailers do not need to reduce prices of successful running shoes since happy runners will come back for more.

Here you will find our ranking page of the best running shoes voted by runners and experts.

On average the MSRP is increasing by $5.60 for every ounce (28.35 gram) heavier the running shoe is. The biggest savings are found on heavy running shoes. The r2 for the linear regression is 0,7364. A higher r2 was found using an exponential correlation (0,85), though the understanding of the correlation is easier understood with a linear regression, which is the argument for choosing that. For the geeks the exponential equation is 40,387e^0,0674x.

Further, heavy running shoes are more discounted. The percentage saving increases by an additional 1.23% for every ounce heavier the running shoe is. 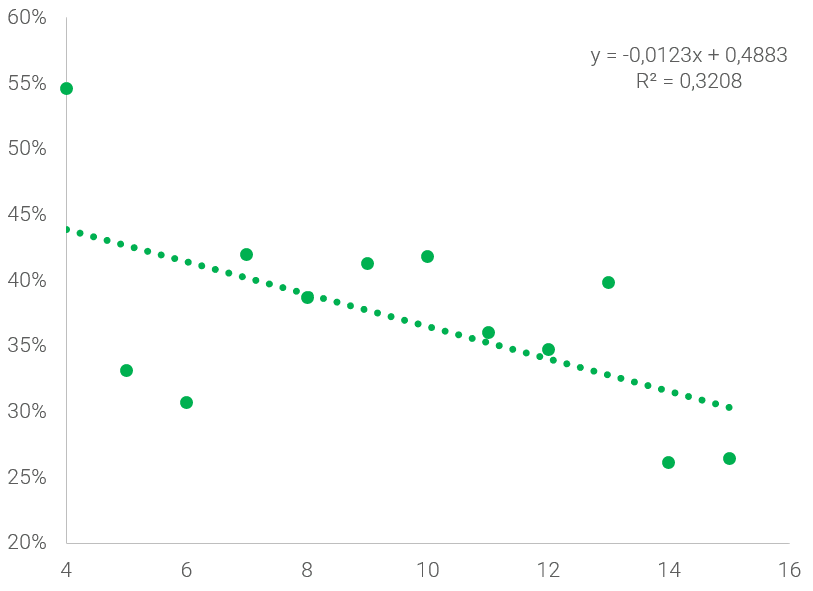 There is no difference in MSRP, sales price or discount percentage for running shoes with a different heel to toe drop. 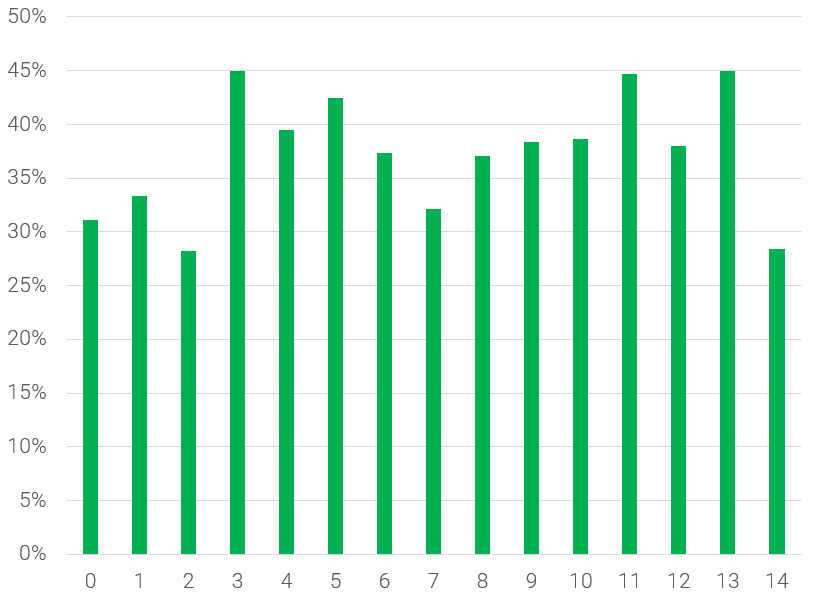 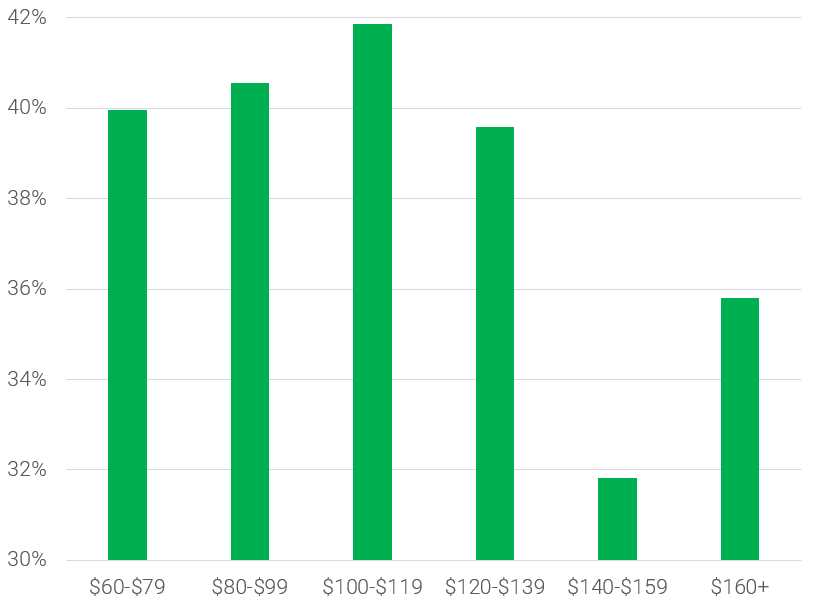 Where to find the best offers?

Savings are great, but where do one find them? We analyzed prices from 46 online stores and compared their offers. 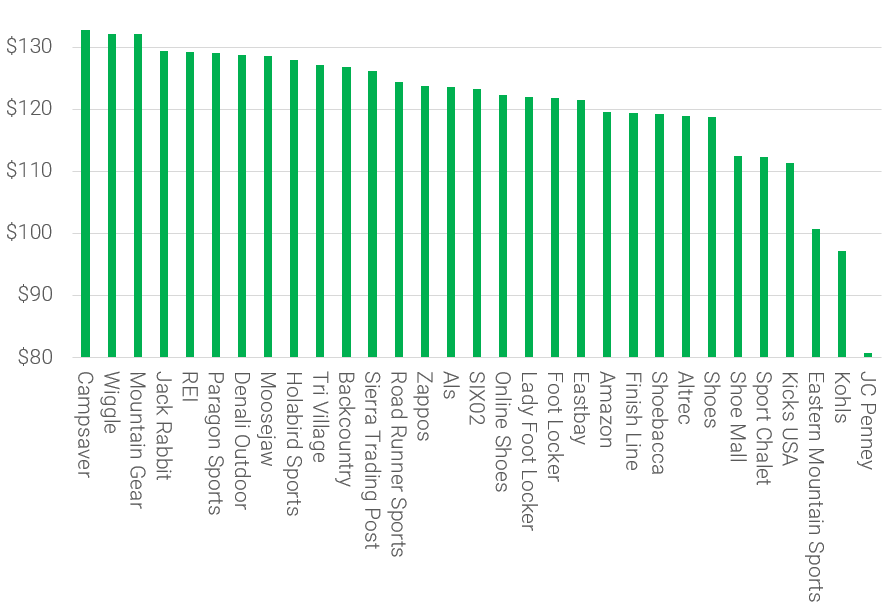 Where to find the largest savings? 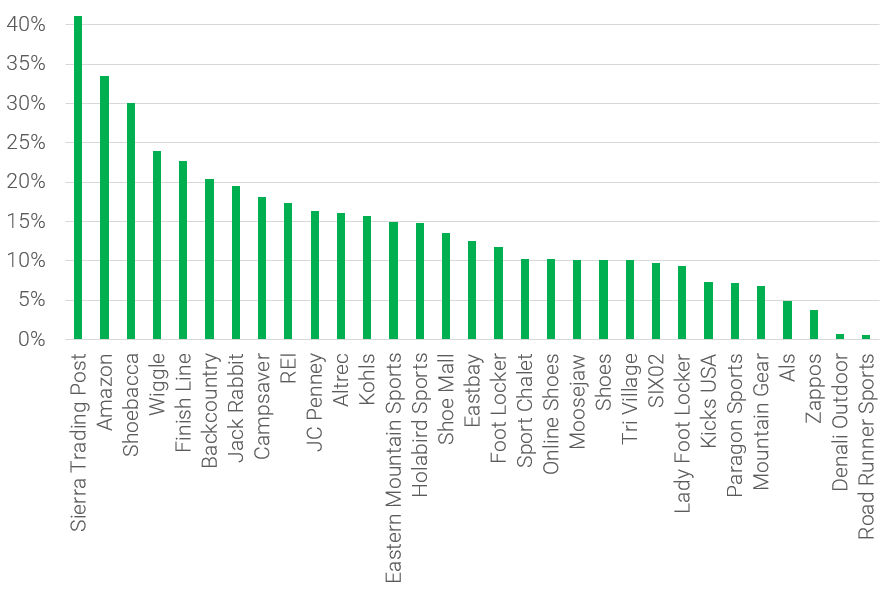 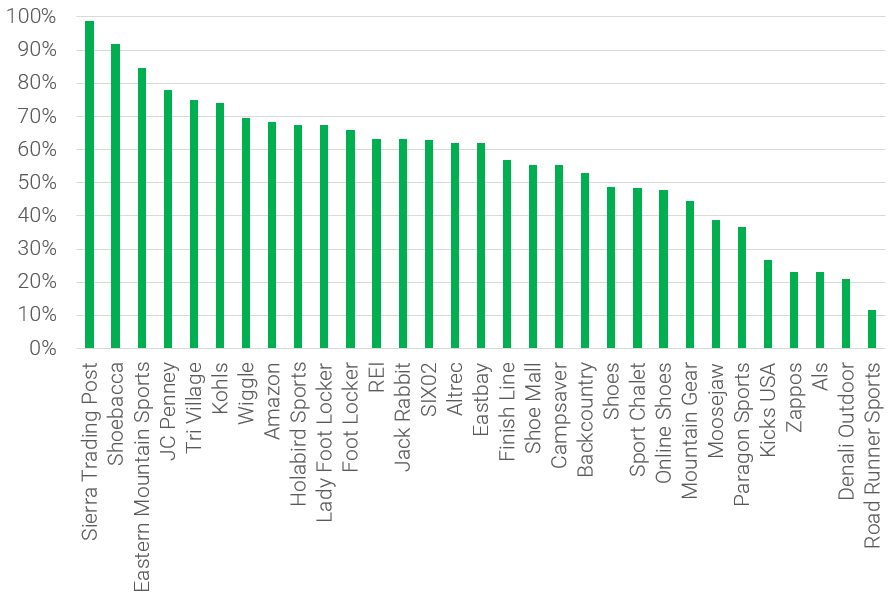 The greatest selection of running shoes 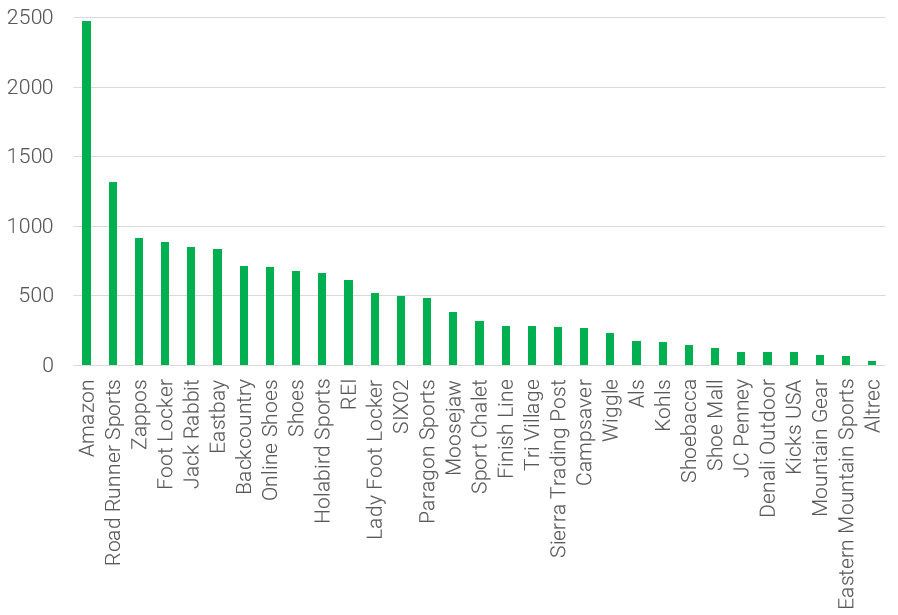 What kind of retailer has the best offers 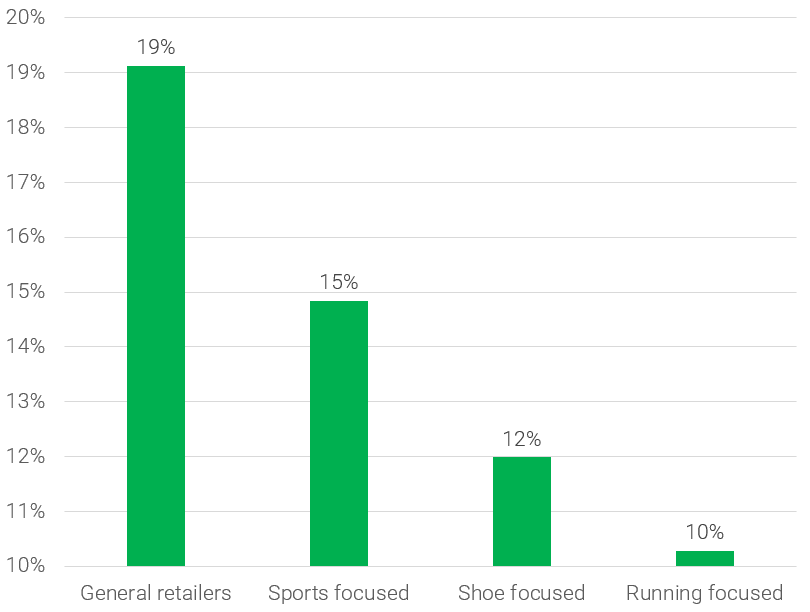 With the categorization it's clear that the general retailers have a higher proportion of their running shoes available at discounted prices (70.73%), sports-focused are at 56%, shoes focused are at 53% and finally running specialty stores at 37%. 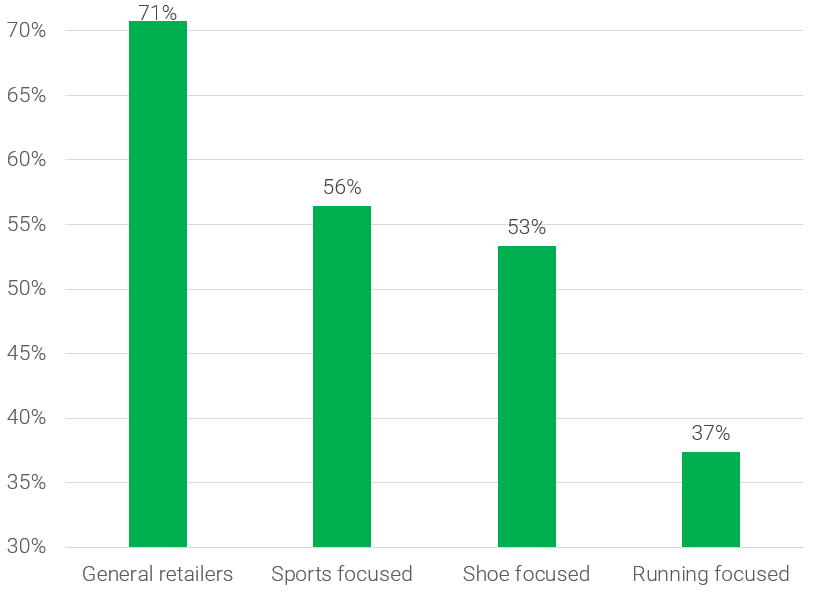 To make valid conclusions based on robust data, we have found it necessary to omit data in different scenarios:

The runners behind the study

My name is Jens Jakob Andersen, and I'm the founder of RunRepeat.com. Besides being a former competitive runner, I have a background teaching statistics at Copenhagen Business School. A few other RunRepeat.com team members helped do this massive analysis including the Polish statistician Wojciech Fedyszyn.

Feel free to use any content and graphics as long as you refer to this original source. For interviews, please reach out at jens@runrepeat.com or +45 29 29 29 58. You can download the full infographic here, and all graphics presented at this page separate here in a zip folder.