England has finally won the World Cup. They entered the tournament as clear favorites with India and Australia considered to be the only two hurdles. However, it was New Zealand that came incredibly close to spoiling the party.

Did you know which city will be the favorite if cities instead of countries were competing?

We analyzed the performances of more than 1,850 players from 133 World Cup squads and their birthplaces to find the answer. Here are some key findings:

And now, some details.

Harare (Zimbabwe) and Nairobi (Kenya) are in top 5 but these cities haven’t made a mark in any of these tournaments (other than a few upsets here and there). We wanted to see the city that has actually performed consistently well in World Cup. So, we looked at the numbers for cities that made it to the top 5 in most tournaments.

The eight-time semifinalist New Zealand has four cities in the top 15 while Pakistan has two in the top 10. Surprisingly, the five-time winners (Australia) and the second best (India) have just one city in the Top 10.

Which city has the best bowling attack?

Lahore (289), Colombo (212), and Christchurch (179) have taken the most wickets but it is the average that matters. Dubbo (20) has the best bowling average in cities with more than 50 wickets but that is because of the individual brilliance of Glenn McGrath. Next, we have Kandy with 72 wickets at an average of 28. This is again a one-man show with M Muralitharan doing the most damage.

We had to look at the cities with more than 75 wickets to get an idea of the overall performance.

Cities with the best batting lineups:

Colombo (8186 runs) and Harare (6129 runs) are on top but that is simply because Colombo or Harare have played a lot more matches than other cities. Torquay (79.5), Canterbury (76.8), and Worcestor (69) have the best averages but these are mainly due to one good batsman from these cities like Roger Twose, David Gower, or Keith Fletcher.

Next is Launceston with 2657 runs at an average of 44.8. This is mainly due to the players like Ricky Ponting, who is the second highest run getter in all World Cups, David Boon, and George Bailey. On third we have Cape Town with 4501 runs at 44.2. It has produced some very reliable batsment for South Africa like Gary Kristen, Kallis, or Gibbs and also for other teams like Jonathan Trott (England) and Andy Flower (Zimbabwe).

Delhi and Mumbai are forth and fifth, thanks to Indian batting greats like Sachin Tendulkar, Virat Kohli, Sehwag, Ghambir, and Gavaskar.

Lahore is on top with 22 MOM awards, Auckland is second with 15, and Mumbai is third with 12. However, it is Dubbo that has the best average with one MOM every 6.5 matches for cities with more than 5 awards.

Chandigarh is second with one MOM award every 7.85 matches and Launceston is third with an average of 7.87.

And the winner is?

This was the most interesting part for us.

We know that Dubbo or Kandy has some of the best bowling performances while St John’s or Pretoria has great batting performances but these cities don’t have enough international players to field a team of 11 in the World Cup.

There are 31 cities with 11 or more players but cities like Chittagong, Multan, Delhi, Dunedin, Sialkot, or London don’t have a lot of good quality bowlers. On the other hand, cities like Rawalpindi or Bulawayo have good bowlers but the batting strength is not available.

We wanted to see which city can field a more balanced team with proven records. We found the following cities with at least 11 players, more than 2 quality bowlers, and at least 5 batsmen in the lineup.

Next, we ranked the top performances by players from these cities to find a potential winner. The players have to perform in at least 3-5 matches to make sure we are not counting the one-off performances.

Cities like Dhaka or Nairobi have plenty of good players but most of these players failed to make a mark in World Cup matches. Delhi has terrific batsmen like Kohli, Dhawan, Sehwag, and Ghambir but the bowling strength is not there, except Nehra. Mumbai, too, has supremely talented batsmen like Tendulkar or Gavaskar but none of the other players have performed well. It is the same with Karachi and Perth.

Port Elizabeth and Wellington have some good bowling options but hardly any of their batsmen have performed exceptionally well in a world cup. Kingston has aggresive batsmen like Gayle and Russel and equally very bowlers like Holding and Walsh but they cannot win with just 4 or 5 good players.

This is why the above mentioned teams will likely be eliminated early at the group stage. But the following teams have the potential to make it to the second stage.

Christchurch has a long list of quality fast bowlers and all-rounders but none of their batsmen have made a mark except Ben Stokes and Craig McMillan. Cape Town is third on our list of best batting performances but they are not good in bowling department. Vernon Philander is the only good option and even he hasn't performed well in the World Cups.

Team Johannesburg has some promising batsmen like Graeme Smith, De Kock, Grant Elliot (NZ), Andrew Strauss (Eng), and a good bowling lineup with Rabada, AJ Hall, or Adrian Kuiper. However, it is the performance that matters. And there are not many standout performances from these players in the World Cup matches.

Team Melbourne has attacking batsmen like Maxwell, Dean Jones, Yallop, or Hodge. They also have a good bowling attack consisting of Shane Warne, Hurst, or Hogg but they don't have very good performances except for 2 or 3 players.

So, it will be Sydney, Lahore, Auckland, and Colombo that make it to the semi finals.

Auckland has a strong batting lineup with players like the great Martin Crowe, Guptil, Greatbatch, or James Neesham. Their bowling strength is not bad with this tournament's star performer Ferguson and others like Daniel Vettori or Andre Adams. But it is not good enough to take them into the finals and they will get beaten by a relatively stronger Sydney side.

This is going to be a close encounter. Team Colombo is a strong contender with solid batsmen like Jayawardene, De Silva, Gurusinha, and bowlers like Vaas, Maharoof, Perera, and Matthews. But they will still fall short of Lahore in the semi-finals.

We are into the final that will be played between a very strong Lahore side and an equally strong Sydney. Both teams have at least 4 - 5 players who were actually part of their world cup winning squads including the four World Cup winning captains.

Team Sydney has a batting lineup that will send shivers down a bowler's spine. How do you plan to control batsmen like David Warner, Michael Clarke, Steven Smith, Mark Waugh, Allan Border, and the ice-cold Steve Waugh. All of these have shown, time and again, how resilient they can be in pressure situations. They will also have one of the finest bowling attacks with Gillespie, Starc, Bracken, and Cummins. They also have the experience to handle high-pressure matches with 18 appearances in World Cup finals, which is more than any other cities in the tournament.

But they are short of a good spinner and a proper wicketkeeper.

The biggest strength of team Lahore is the unbelieably good bowling attack. We have Wasim Akram who is unarguably the best left-arm fast bowler, Imran Khan who is in the top 3 all-rounders and top 10 of all time greatest fast bowlers, Saqlain Mushtaq who is probably the best ODI off spinners, and Abdul Qadir who will be in top 5 leg spinners of all time.

The backup is pretty strong too, with Abdul Razzaq playing as an all rounder, and players like Sarfraz Nawaz, Imran Tahir (SA), and Wahab Riaz waiting on the bench.

The batting lineup is not as strong as Sydney but it’s not weak at all. We have reliable batsmen like Mohammad Yousaf, Babar Azam, Aamer Sohail, Saleem Malik, and Umar Akmal. Not to forget the batting capability of the all-rounders like Imran Khan, Wasim, Akram, and Abdul Razaq. Plus, they have a proper wicket-keeper batsman in Kamran Akmal.

Also, the fact that Imran Khan is unarguably one of the greatest captains in Cricket history will only improve their chances of lifting the World Cup.

However, this is all hypothetical. We have shared the players’ performances for each of these teams and we’d love to hear if you think differently.

In this analysis, we looked at the cities of birth for 1,866 players who were part of a Cricket World Cup squad. We couldn’t find the data for 112 players. If a player has made it to 2 different tournaments, it will be counted as 2 players because the city has gained a place in 2 different squads.

You are free to use any stats, text, or graphics from this page, as long as a reference is given to this original piece.
Reach out to Sadi Khan at sadi@runrepeat.com for any requests or questions about the article. 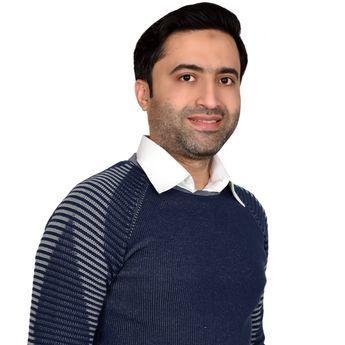